Colorectal cancer (CRC) is the fourth most common kind of cancer in America. Historically, CRC typically manifests in patients above the age of 50. When older adults complain to their doctor about blood in their stool or changes in their bowel movement, doctors would think that CRC is one of the possible causes. As such, they are given the appropriate diagnostic exam to possibly halt the progression of the cancer. For this reason, a colonoscopy (a test where physicians use a flexible tube to look at the inner lining of the intestines) is oftentimes a part of annual exams for older adults. 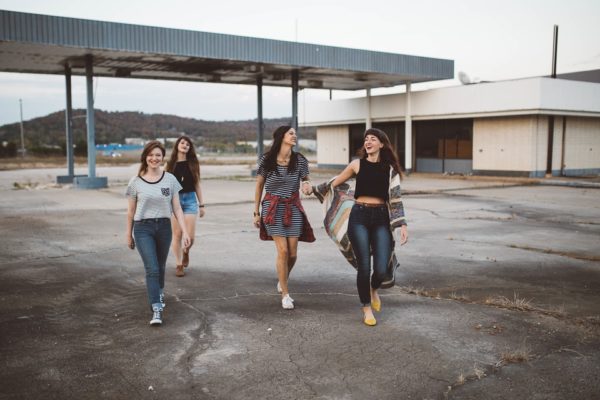 When millennials or young adults complain of blood in their stool or changes in their bowel movement, however, their complaints are often dismissed as a result of poor diet or constipation. As such, they are given laxatives and medication and sent on their way.

However, an alarming new study reveals that while incidences of CRC are declining overall, its demographics has changed drastically. First published in the Journal of the National Cancer Institute, the study reveals that the incidence of colorectal cancer has risen sharply among young and middle-aged Americans. By looking at existing statistics, the researchers determined that colon cancer incidence increased by one to two percent annually for young adults from the ages of 20s to 30s, from mid-1980s to 2013. Meanwhile, rectal cancer incidence increased by three percent per year in young adults. These findings indicate that three in 10 new diagnoses of rectal cancer are found in patients younger than the age of 55, the previous threshold. This indicates that the incidence of CRC in younger adults have doubled in proportion since 1990. On the other hand, the statistics for CRC rates in older adults above the age of 55 have steadily dropped in the same period.

Yet while it became evident that incidence of colorectal cancer continues to rise in young adults, the reason for it is yet to be determined. However, the researchers suggest that it might involve the same factors that led to the growing obesity problem in America. The younger generation tends to have a pretty sedentary lifestyle, coupled with changes in diet that is low in fiber consumption.

Colorectal cancer is defined by Medical News Today as a cancer of the colon and the rectum. About 1 in 20 Americans will develop the cancer in their lifetimes, with men being more at risk of the disease than women.

It typically begins as benign or noncancerous clumps of cells called polyps. These polyps would develop within the large intestine. During a colonoscopy, a doctor will be able to see any polyps and would be able to advise you to remove them before they become colon cancer. Typically, the removal of polyps is enough to curb the growth of the cancer, provided that it has not yet spread.

It is worth pointing out that despite the dire statistics, the rise in CRC incidence doesn’t necessarily mean that it has now become widespread. While CRC continues to be among the top five common cancers in the United States, about 90 percent of its patients are still above the age of 55. That doesn’t mean that the younger generation can rest easy, however. It is important to get tested prior to the recommended age of 50, particularly if you have a family history of the cancer. The general theory is that you should get tested a decade before your family member got their cancer. For instance, if your mom had CRC at the age of 55, then you should be tested for CRC at 45.

This is what makes the study more profound. CRC is not necessarily among the list of conditions that are expected to manifest in young adults. As such, when they do display the symptoms, cancer can be the furthest thing from their mind. As a result, the disease tends to be diagnosed later in their life, when the cancer has already spread.

That being said, here are some of the symptoms you should look out for:

However, displaying the symptoms doesn’t necessarily mean that you have cancer. Having blood in your stool can be caused by a number of things, such as constantly eating a diet low in fiber. Yet if you have a family history of having CRC, then it is worth going to the doctor to give you peace of mind.

As with most cancers, there are several factors that can put you at a bigger risk of contracting colorectal cancer. There are inherited gene mutations that can increase the risk of colon cancer running in families. However, it is worth pointing out that having the gene mutation does not necessarily mean you would inevitably have the cancer, but it does raise your risk significantly.

Other risk factors associated with CRC are:

There are many other factors to consider when we are talking about CRC. In a new blog, we will discuss this disease in more detail.