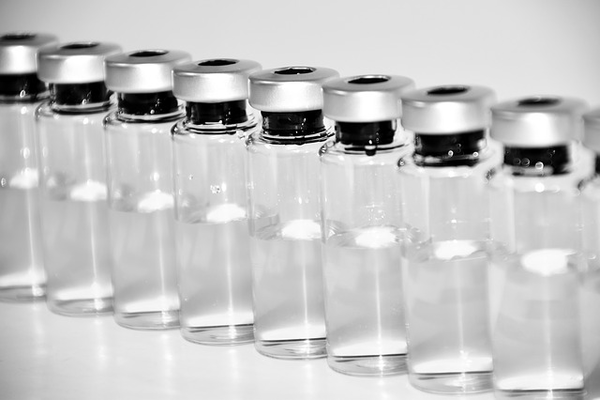 Lymphoma is one of the more curable cancers today, but it remains fatal when not addressed promptly and appropriately. With continuing developments in cancer studies, researchers are seeing new methods and approaches of fighting, as well as mitigating the occurrence of many types of cancer, lymphoma included. In fact, a study published in Journal of Viral Hepatitis found that Hepatitis B Virus (HBV) vaccine can affect the development of non-Hodgkin lymphoma in adolescents.

What is Non-Hodgkin lymphoma?

It is one of the two common kinds of lymphoma that originate from the body’s lymphocytes, a type of white blood cell whose main function is to protect the body from disease. It is more common than Hodgkin lymphoma (HL) and does not involve the presence of Reed-Sternberg cells. There are more than 60 types of non-Hodgkin lymphoma (NHL).

Since it develops from the lymphocytes, it commonly develops in areas where these white blood cells are found in great numbers, such as the spleen and the bone marrows. NHL is cured through radiation therapy or chemotherapy, or a combination of the two.

HBV as a risk factor for NHL

The relationship between HBV and NHL have been observed as early as 2010. In a study, it was found that patients with Hepatitis B infection were twice more likely to develop diffuse large B-cell lymphoma or some other subtype of NHL. Their chances of developing malignant immunoproliferation were also three times more than individuals who were negative for hepatitis B surface antigen (HBsAg). The research used data from the Korean Cancer Prevention Study.

In a separate paper, researchers in Italy found that both HBV and chronic Hepatitis C Virus (HCV) infections may, in fact, be risk factors for several types of NHL, especially B-cell NHL and diffuse large B-cell lymphoma. The researchers concluded that the “prevention and treatment of HCV and HBV infection may diminish NHL incidence, notably in areas with high prevalence of hepatitis viruses infection.”

The study published in the Journal of Viral Hepatitis was based on previous studies implicating HBV as a risk factor for NHL. Its goal was to determine if HBV vaccines did have an effect on an individual’s likelihood of contracting NHL. It compared individuals born before and after Taiwan administered universal HBV vaccine in 1984, and determined the rate at which the two groups developed NHL within a certain age range. The researchers obtained their data from the National Health Insurance Research Database.

While the findings of the study supported previous research done on the topic, they were not any less interesting. The study involved 38,628 individuals with HBV infection and 944,609 without HBV infection. Of this population, 272,975 were born before July 1984 when the universal vaccine was administered.

Individuals with HBV infection were four times more likely to develop NHL and more than 5 times as likely to have CD20+ aggressive NHL. It was also observed that the older the individuals were, the higher were the risks of them contracting the disease.

Further supporting the role of HBV infections in the development of NHL was the finding that people who were given treatment for HBV were considerably less likely to develop NHL compared to people who did not receive treatment. Those who were treated for HBV infections also did not develop CD20+ aggressive lymphoma, which was observed to have occurred in 52 patients who were not treated for the infection.

The evidences gathered by the study suggests that HBV could indeed be an etiologic factor for NHL and CD20+ aggressive lymphoma. The researchers concluded that universal HBV vaccination does reduce the likelihood of developing NHL among young adults who are younger than 20 years.

“It suggests that cancer prevention through HBV vaccination is not only for hepatocellular carcinoma but also NHL in endemic areas of HBV infection,” said the researchers, but they admitted that more follow-up studies have to be performed to confirm the findings in older populations as well as the mechanisms supporting the results.

The findings above are significant because they prove that certain vaccines do aid in controlling the incidence of—and even preventing—certain types of cancer. Infections in certain parts of the body can progress and become carcinogenic, so prevention may begin with addressing the infection.

It is interesting to note that the HBV vaccine may also be instrumental in preventing liver cancer. Chronic HBV infection is notable for causing a number of diseases in the liver, including chronic hepatitis, liver cirrhosis, and hepatocellular carcinoma (HCC), which is one of the five major cancers in the world. Evidence suggests that administering the universal vaccine in Taiwan in 1984 has reduced the incidence of HCC to just one tenth of the figure before the vaccine. Research also noted the reduction of HCC cases among children aged 6 to 14 years old. The research added that the protection offered by the vaccine extended until adulthood and that incomplete vaccination could lead to risk of contracting HCC.

The human papilloma virus (HPV) vaccine is notable because of its potential for fighting several types of cancer. It fights HPV, a common virus found in about one out of four people, which can cause infections in different parts of the body. Cervical cancer is an offshoot of HPV infection, affecting around 30,000 women in the US every year. Other types of cancers caused by HPV occur in the throat, the mouth, the anus, and the penis. The vaccine offers effective protection against cancer by preventing the infections caused by HPV.

Like other types of cancer, NHL can be managed through early diagnosis and adequate treatment. Using vaccines to prevent the incidence of such a disease among adolescents is a welcome development that can lead to more lives being saved in the future.