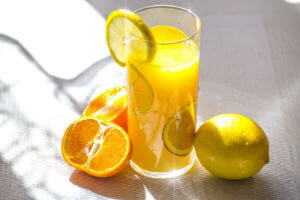 Vitamin C, also known as ascorbic acid, has been long touted as one of the safest and most beneficial nutrients. It is thought to enhance the immune system by protecting it against deficiencies, combatting cardiovascular and eye disease, keeping prenatal health problems at bay, and even reduce the signs of aging by slowing down skin wrinkling.

However, is there any truth to these claims?

New study explores Vitamin C and its efficacy against cancer

Leukemia, one of the more serious forms of cancer, is often difficult to treat since it quickly metastasizes or spreads to the other parts of the body. Cancer is oftentimes created through a gene called TET2, which helps cells mature properly, and die, at the right time. When the gene TET2 has mutated however, the cells start dividing, with cells that should have died still continuing to exist. According to New Scientist, “Mutations in TET2 are involved in around 42,500 cancers in the US a year.”

A revolutionary study, therefore, explored the gene mutation and mimicked the effects of the mutation on mice. The mice had low TET2 activity; then they explored how they would react to high doses of Vitamin C. Every single day for 24 weeks, a portion of the sample were injected with high doses of vitamin C, while other portions of the study were left alone. After 24 weeks, the mice that were injected with vitamin C had slowed the progression of the cancer. Meanwhile, the mice that did not have vitamin C showed significantly increased levels of white blood cells – three times more than the other mice, in fact – a sign of pre-leukemia. The mice were given about 100 milligrams of vitamin C per dose – which has the nutritional value of two oranges.

The study was further explored when the researchers exposed human leukemia cells in a petri dish and found out that the cells reacted better when vitamin C was added to ordinary cancer drugs.

The mice reacted to 100 milligrams of vitamin C – in a human, however, that dose would not create the significant effect. In fact, the human body rejects excess vitamin C upwards of 500 milligrams—which is why high doses of vitamin C has to be treated intravenously to patients.

This alternative form of cancer treatment has been gaining ground in recent years, perhaps due to the efficacy it has shown in clinical trials. It has also been used in human clinical trials, with patients being given the high doses of the vitamin intravenously, and many achieving favorable results with the test.

Yet only time can tell if this is indeed an effective treatment with cancer. One thing is for sure, though. It seems to work well with traditional cancer treatments, with minimal side effects.