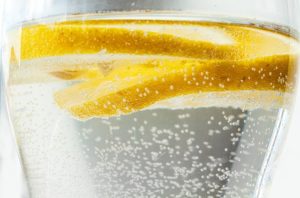 If you can’t take diet soda off your lifestyle, there’s good news for you. A recent study reveals that drinking artificially sweetened beverages may significantly reduce the risk of cancer return and stop the progression of the tumor in patients with stage three colon cancer. Part of the effect may be due to the artificially sweetened options replacing those with sugar.

These were the findings of a research, which you can view in the science journal PLOS ONE. Scientists explored the little-established connection between advanced bowel cancer and soft drinks made with artificial sweeteners.

Prof. Charles S. Fuchs of the Yale Cancer Center and co-senior author of the study says that the result “clearly shows” that artificially sweetened drinks can vastly help with avoiding cancer recurrence. It can also improve the survivability of patients treated for advanced colon cancer. He further notes that these drinks have a reputation for being “health hazards.” Nevertheless, there isn’t enough evidence to back up that claim.

Bowel cancer, also known as colorectal or cancer of the colon, begins as small growths called polyps on the inner lining of the intestines. Not all polyps become cancerous, but it’s safer to just remove them upon discovery. As the condition progresses, the primary tumor matures and spreads through the blood or lymph system, or both. Sooner or later, breakaway cells will produce secondary tumors in other parts of the body in a process called metastasis.

In the United States, bowel cancer is the second leading cause of death and third most common among cancers that affect both men and women.

The research authors remark that a growing number of reports link the recurrence and death in colon cancer to states of excess energy balance. Factors such as diabetes, higher consumption of sugar-sweetened drinks, and raised “glycemic load” typically mark these states. But, they note that there is no study to prove whether consuming artificially sweetened colas might have an effect on colon cancer survival and recurrence.

In their study involving 1,018 stage three colorectal cancer patients, they filed questionnaires about their diet during and after adjuvant chemotherapy treatment. The team measured the correlation between consumption of drinks with artificial sweeteners – like diet ginger ale and caffeinated and non-caffeinated colas – and cancer recurrence and death. The study spanned for more than seven years, and over this period, 265 of the respondents died while 348 grew new tumors.

When compared to those who largely abstained from consuming at least one 12-ounce serving or low-calorie beverages per day, 50 percent were less likely to experience recurrence or pass away during the follow-up. Further analysis reveals that replacing one serving of normal sugary drinks with artificially sweetened was responsible for about half of the drop in health risks.

There Is More To Know About These Drinks

These results should prompt more researchers to study the effects and benefits of these beverages on our health. While there are still concerns that these products may cause obesity, cancer, and diabetes, Prof. Fuchs points out that all records regarding these issues have been inconclusive.

If you are a cancer patient seeking progressive, holistic therapies, turn to New Hope Unlimited. In our decades of experience in healthcare, we have helped in treating more than 200 types of immune disorders and chronic degenerative diseases. Call us today at 480-666-1403 so we can get started on improving your quality of life.